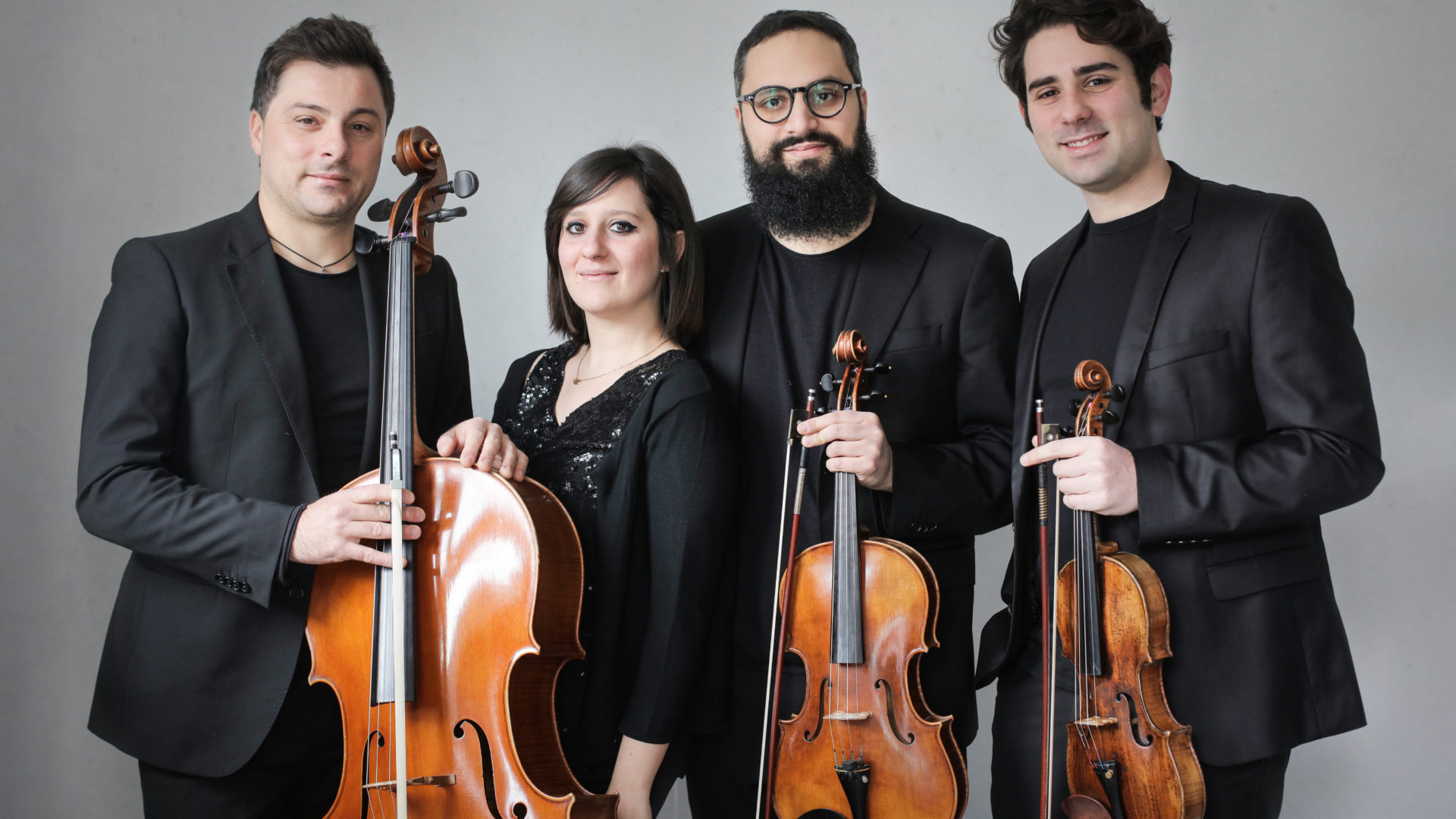 Quartetto Felix, winner of the Giuseppe Sinopoli Award conferred by the President of the Italian Republic, was founded in 2015, within the Accademia Nazionale di Santa Cecilia in Rome. The name Felix was chosen not only because it identifies the quartet’s view that happiness is an indispensable condition for making chamber music, but it is also a tribute to Campania, called Felix by the ancient Latins and the home region of all its members.

In 2016, they completed the chamber music specialisation course held by Maestro Bruno Giuranna at the Chigiana Music Academy in Siena, obtaining the merit diploma and a scholarship.

In 2017, they won second prize and the Special Audience Award at the Massimiliano AntonelliThird International Chamber Music Competition  in Latina.

They participated in the broadcast ‘La Stanza della Musica’ for Rai Radio3, performing live music by Walton, Mahler and Schnittke and were selected to participate in the VIII Leonidas Kavakos Violin Masterclass & Chamber Music Workshop by Maestro Leonidas Kavakos  held in April 2019 at the Academy in Athens.

The quartet are currently attending the Accademia Europea del Quartetto at the Scuola di Musica di Fiesole under the Quartetto Belcea and the Maestros Andrea Nannoni and Christophe Giovaninetti (Quartetto Ysaye).

In 2019, the Quartet was awarded a scholarship by the William Walton Foundation to support their musical activity.

Scroll UpScroll Up
We use cookies to make sure you can have the best experience on our site. If you continue to use this site we will assume that you are happy with it.OkPrivacy policy